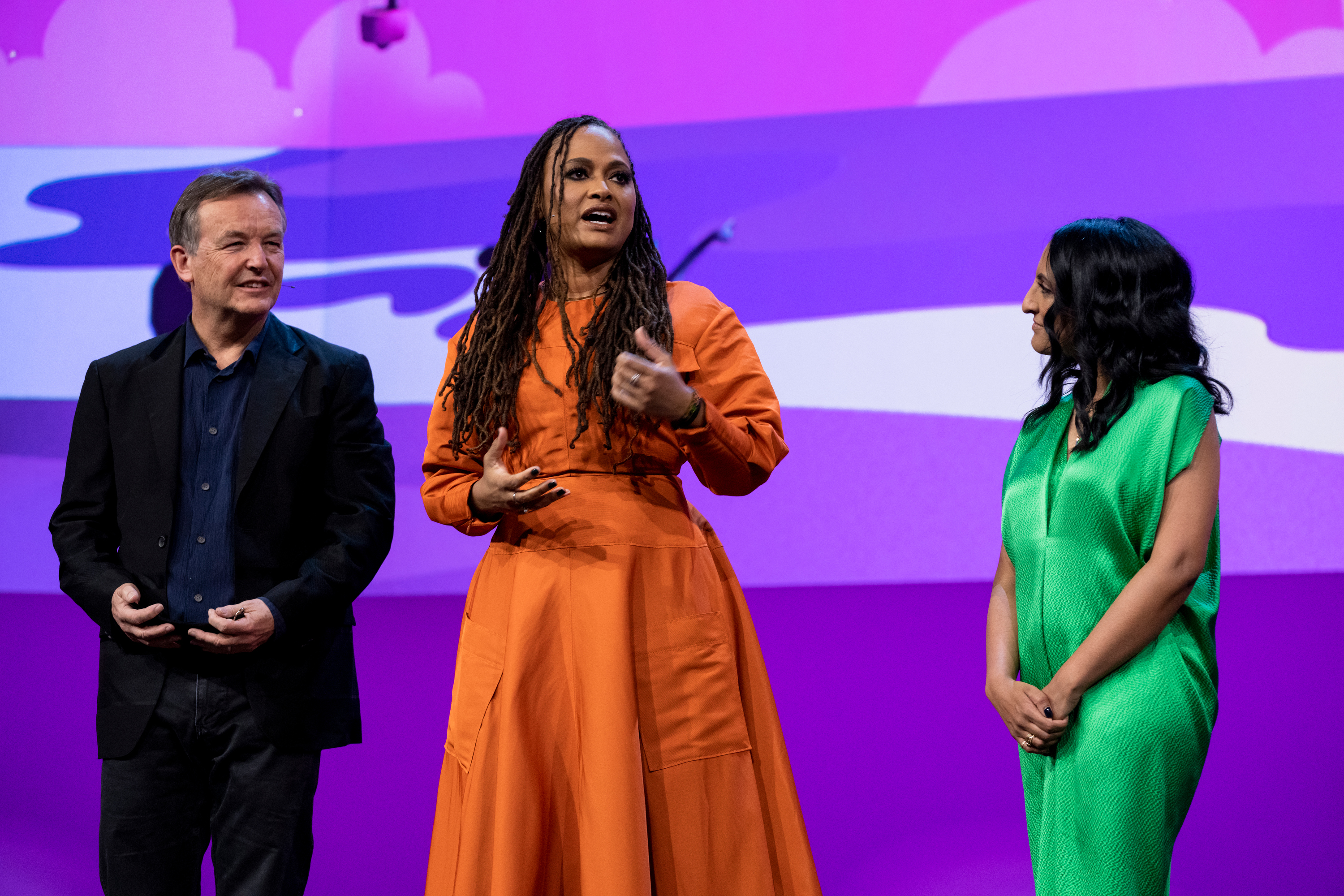 It’s during the darkest times that humans are capable of extraordinary responses. Session 4 of TED2022 celebrated those responses, with talks from this year’s cohort of Audacious Project Grantees.

Housed at TED, the Audacious Project supports those responding to the world’s biggest challenges — from climate change to threats to democracy to the global refugee crisis and so much more — connecting leaders in these areas to a community of visionary philanthropists.

The nine projects in this year’s cohort — Code for America, Center for Tech and Civic Life, ClimateWorks: Drive Electric, Glasswing International, The International Refugee Assistance Project, myAgro, Noora Health, The Tenure Facility and Woodwell Climate Research Center — have received more than $900 million in funding in their bold efforts to take on the world’s most urgent challenges.

When and where: Monday, April 11, 2022, at the Vancouver Convention Centre in Vancouver, BC, Canada 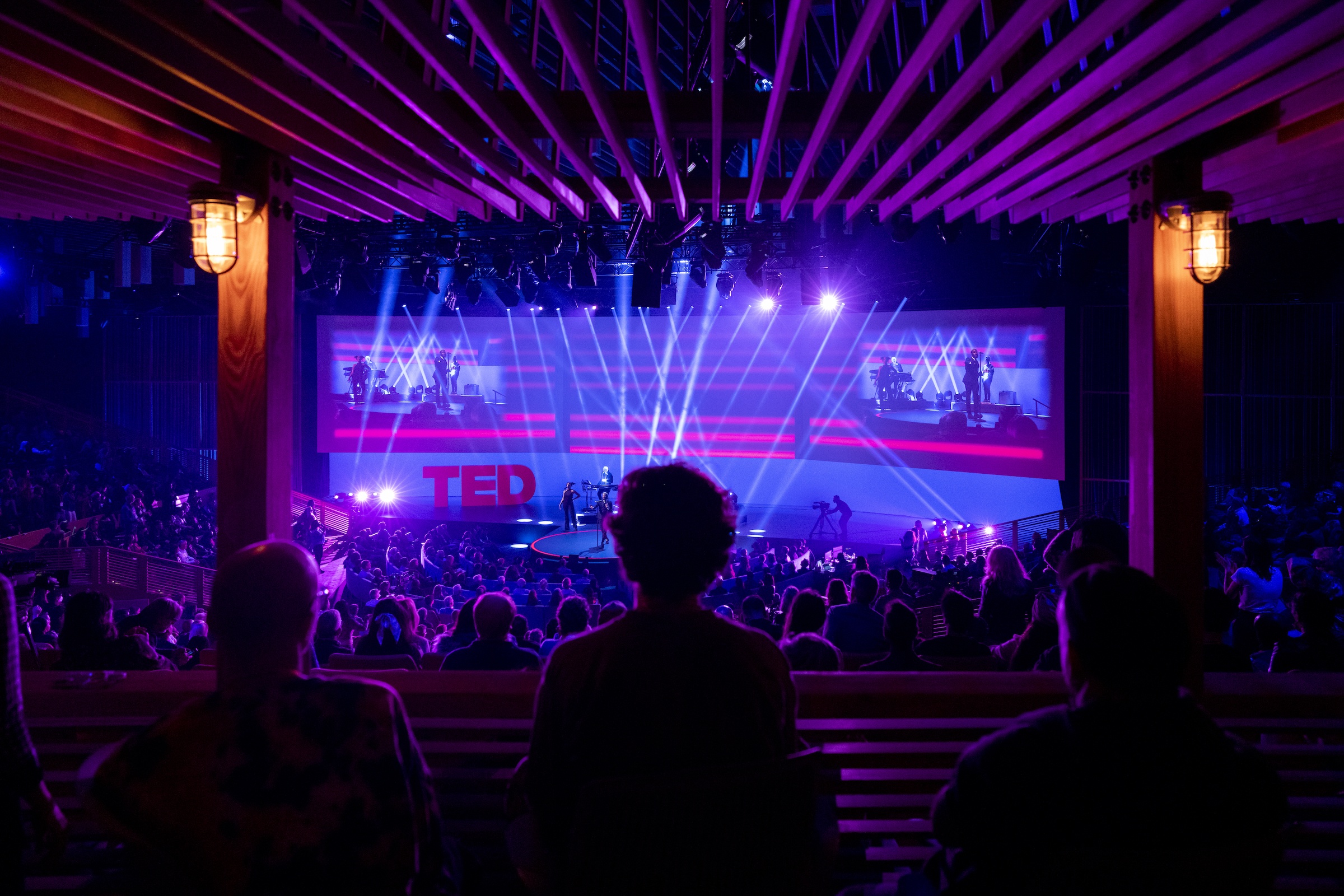 The talk in brief: 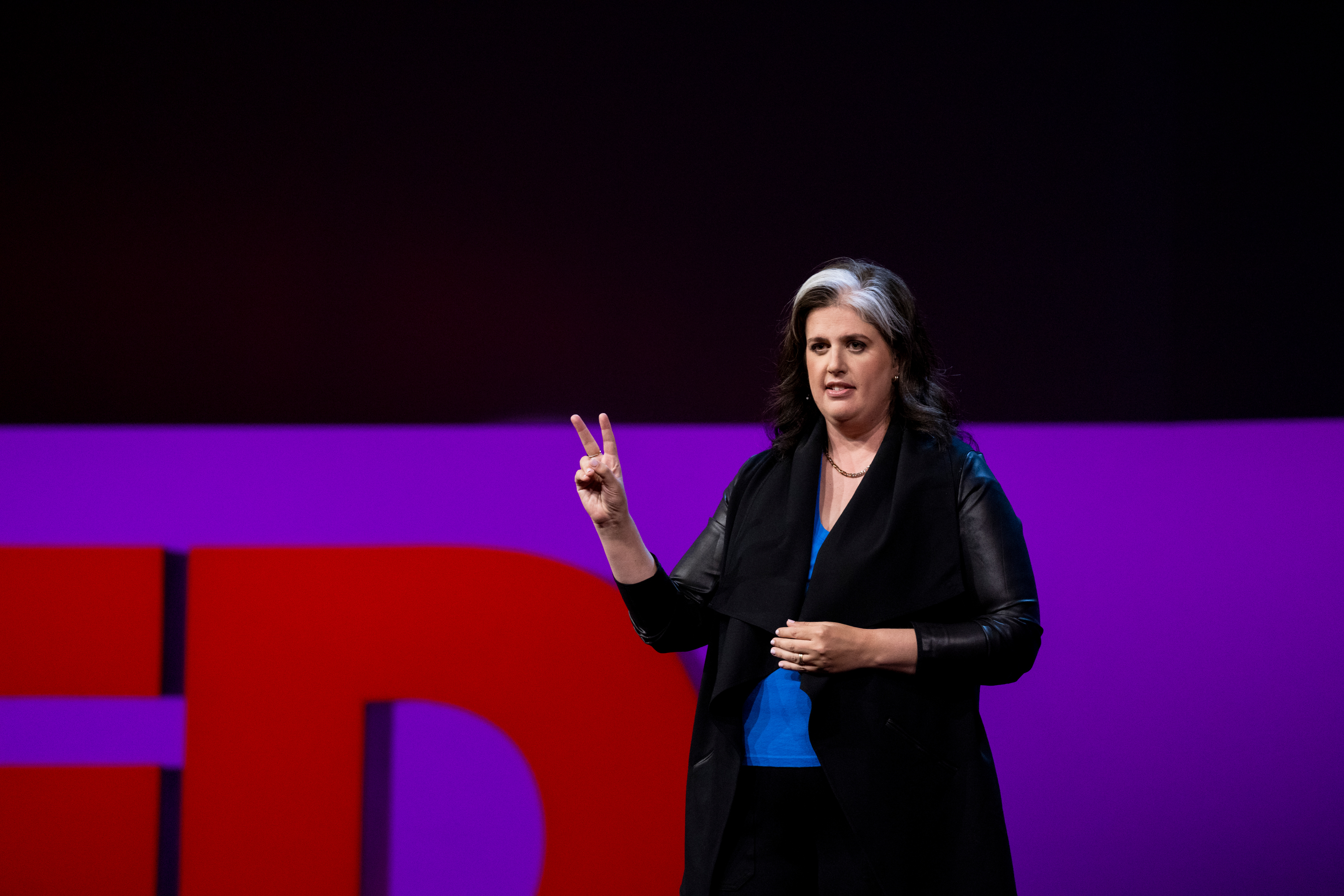 Big idea: Displaced people seeking safety in a foreign country often encounter suffocating bureaucracy. The law can be a tool to support resettlement if we get legal knowledge into the hands of those who need it most.

How? Many displaced people get stuck in legal limbo, says human rights lawyer Becca Heller. If someone lives in a refugee camp, they face two bad options: languish there for decades or hire a smuggler. This was the case for Erin and Mariam, who could not join their mother in Germany without passports — until Heller’s non-profit, The International Refugee Assistance Project (IRAP), took on their case. IRAP helped Erin and Mariam’s family reunite in June 2021, setting an important legal precedent. When legal service providers accompany clients through the immigration process, they can identify systemic barriers and work to change the underlying law. With human migration on the rise, Heller says, immigration reform is more important than ever. “We urgently need functional, right-based legal systems to ensure everyone has a safe place to call home,” Heller says. 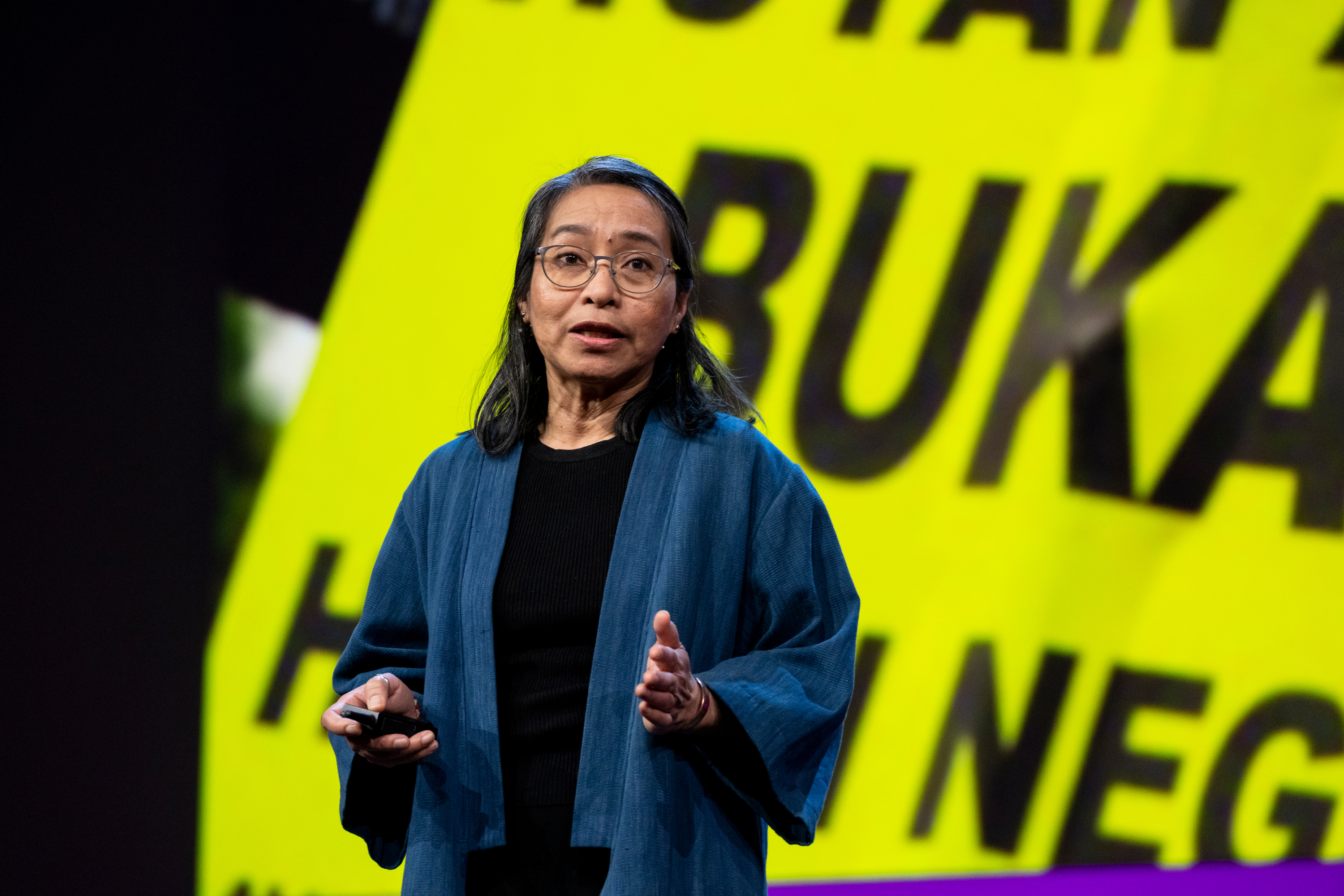 Big idea: By equipping Indigenous communities with the legal rights to protect their lands, we help ensure that the world’s most precious forests remain well-stewarded in the face of climate change.

How? For generations, Indigenous communities have looked after their ancestral lands and forests, cultivating great stores of knowledge to protect and nourish these vital natural environments. Today, 470 million Indigenous people care for and manage 80 percent of the world’s biodiversity — yet their legal rights to these lands are inexplicit and loose. This allows bad actors to strip these forests of their resources through logging, mining and large-scale agribusiness, with few paths to legal claims for the communities that depend on them. Worse still, Indigenous environmental defenders are attacked and killed for standing in the way of those intent on devastating the natural landscapes. As Executive Director of the Tenure Facility — an international organization that provides funding and legal assistance to Indigenous communities taking their land rights battles to court — Nonette Royo believes that establishing land tenure for Indigenous communities is the best way to protect these forests from resource exploitation and climate change. Since 2019, they’ve helped Indigenous communities secure collective legal tenure for around 14 million hectares of land, and they plan to protect at least 36 million more hectares of forests in the next five years. Indigenous communities know how to nurture, safeguard and heal their lands: we need to look to them as guides and leaders in the fight to protect the planet against climate change. “It is our choice, all of us, to be allies, to protect the protectors of our future, to restore balance, to sustain ourselves and to survive the climate crisis,” Royo says. 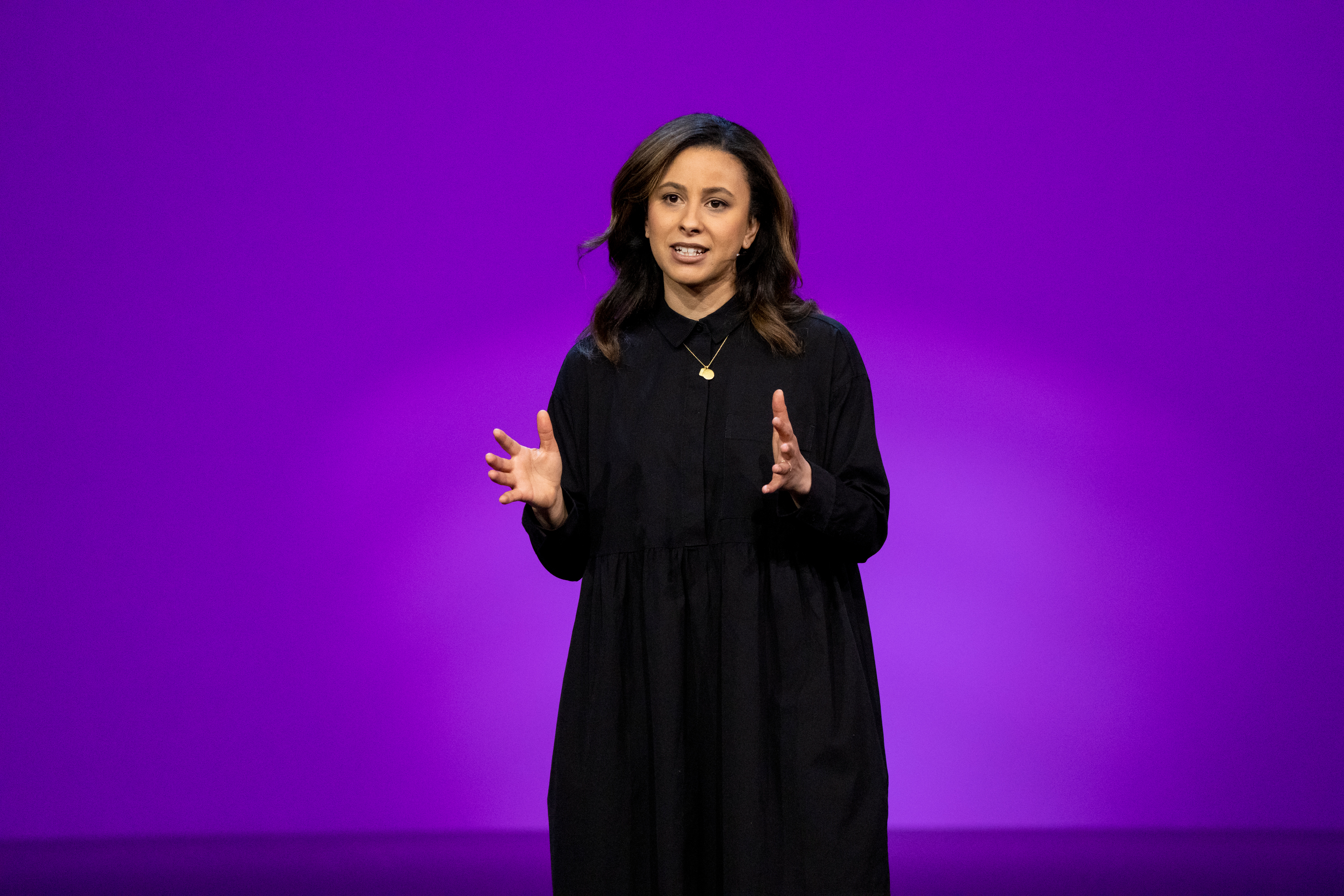 Big idea: The infrastructure of US democracy is crumbling, but technologists, designers and election officials are banding together to move voting technology into the 21st century.

How? Like the power grid and water supply, US election infrastructure is considered “critical” by the federal government — yet election officials lack the basic technology they need to do their work. Until recently, for example, a town in New England was still using hand-crank ballot boxes from the early 1900s. Even worse, election officials are being attacked simply for doing their jobs. Democracy has reached a tipping point globally, says Tiana Epps-Johnson, founder and executive director of the Center for Tech and Civic Life, and the US system is being pushed to the brink. But we can use 21st technology to save it. By creating shared election standards, bolstering cybersecurity, improving access to election information and using data-driven tools to avoid lines at the polls, we can ensure that every single voter has access to a fair, trustworthy and modern democratic process. 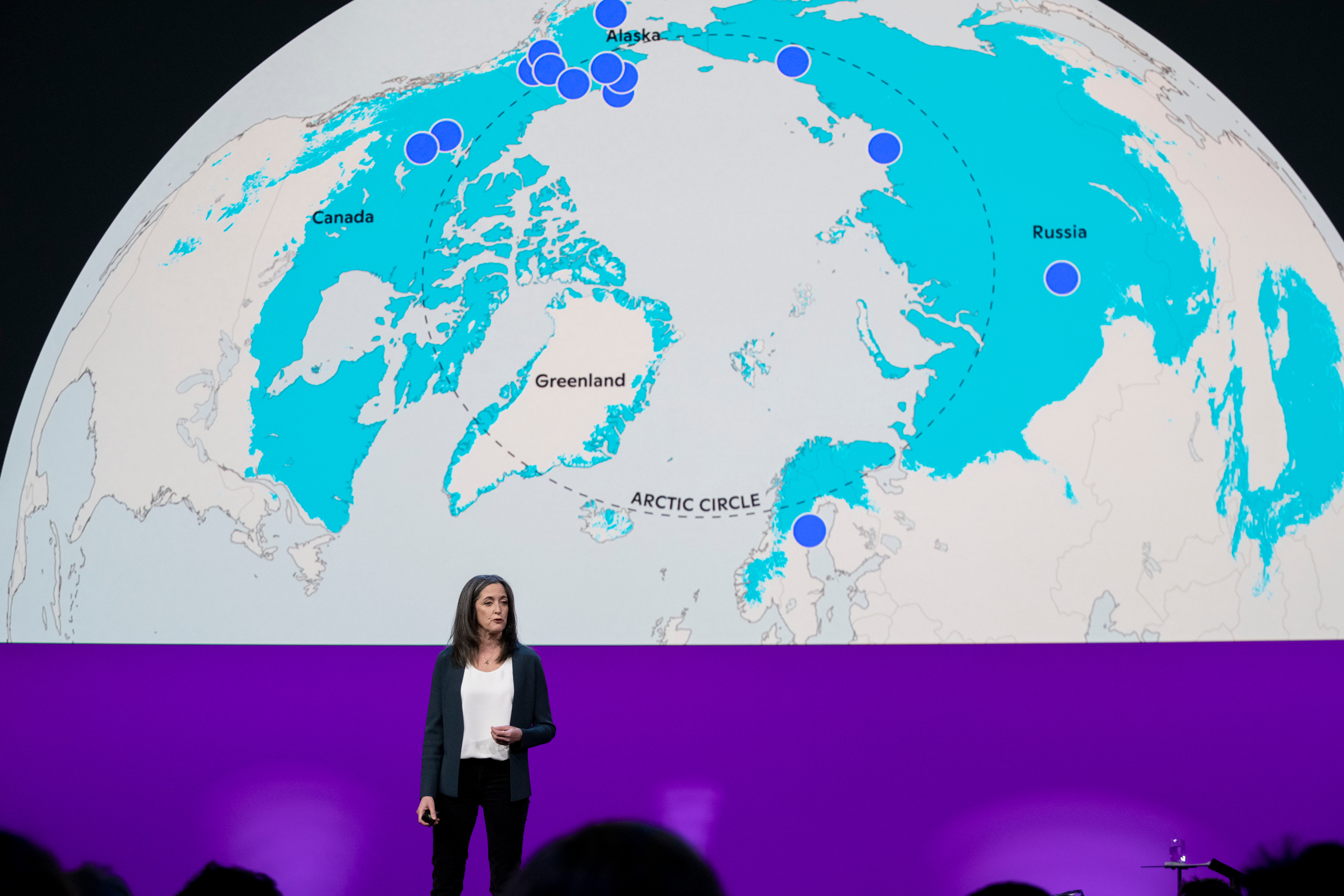 Big idea: Thawing permafrost poses an often-ignored and considerable threat to the planet.

Why?: By accurately measuring carbon across the Arctic and accounting for permafrost thaw, Sue Natali paints a picture of the Arctic we’ve never seen before. In summer 2019, Alaska’s Yukon Kuskokwim Delta was an uncharacteristic 90 degrees Fahrenheit the day Natali and her team were installing equipment that would measure the exchange of greenhouse gases between the land and atmosphere when the once-frozen permafrost ground began to crack and sink. As permafrost thaws, it releases a massive amount of ancient, frozen carbon that could be on par with major fossil-fuel-emitting nations. And because no single nation is directly responsible for permafrost emissions, no country has taken the responsibility for monitoring its impact, leading lawmakers to insufficient climate change plans. A new initiative, Permafrost Pathways, is working to change course by bringing together scientists, Arctic residents, Indigenous knowledge holders and policy influencers to fill in carbon-measuring gaps in the Arctic, bringing new, more accurate knowledge to lawmakers. Climate change is a human rights crisis already unfolding, but by painting a fuller, more accurate picture of carbon in the Arctic and monitoring permafrost thaw, adaptation plans that protect the health and rights of Arctic residents are possible. “The actions that we take now can greatly reduce future harm and take us on a more just and equitable journey,” Natali says. 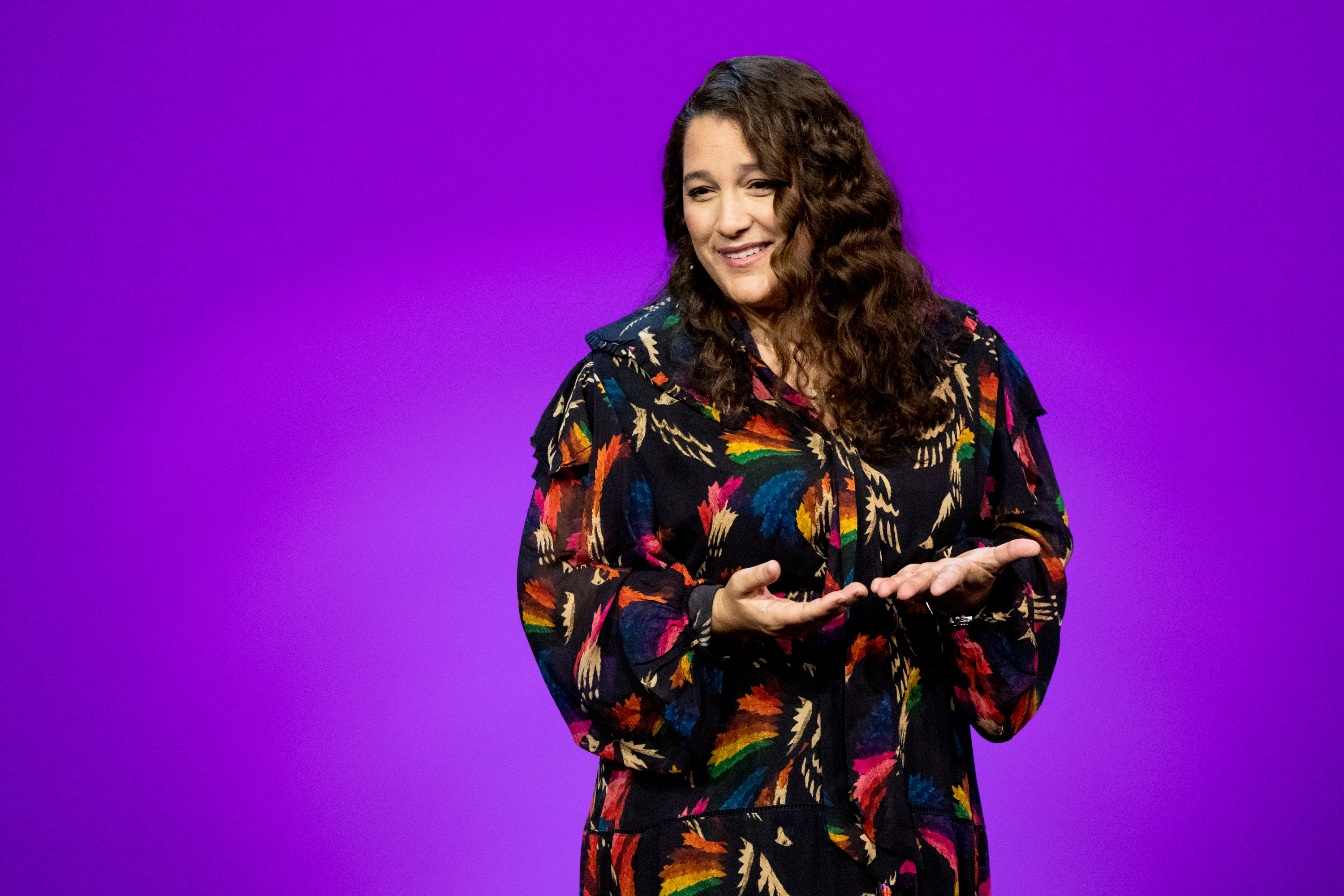 Big idea: We can interrupt cycles of trauma and violence by flooding impacted communities with mental health care access.

How? According to Celina de Sola, Latin America is home to only eight percent of the world’s population but one-third of its homicides. In the Northern Triangle, an area of Central America where de Sola lives and works, this violence plagues many communities, leading to high rates of collective trauma, stress and more violence. Mental health care support can interrupt this vicious cycle, but in Honduras, Guatemala and El Salvador, there are only two mental health care professionals per 100,000 people. That’s why de Sola and her team at Glasswing International are enlisting regular people to deliver mental health care to their communities. First, they train hospital workers, public school teachers and local police to understand trauma and manage their own. Then they identify a subset of these individuals as interventionists who train others, spreading mental health care throughout the community. de Sola has already seen the positive impact of this simple, empowering solution. As she says, “Violence happens between people, but so does healing.” 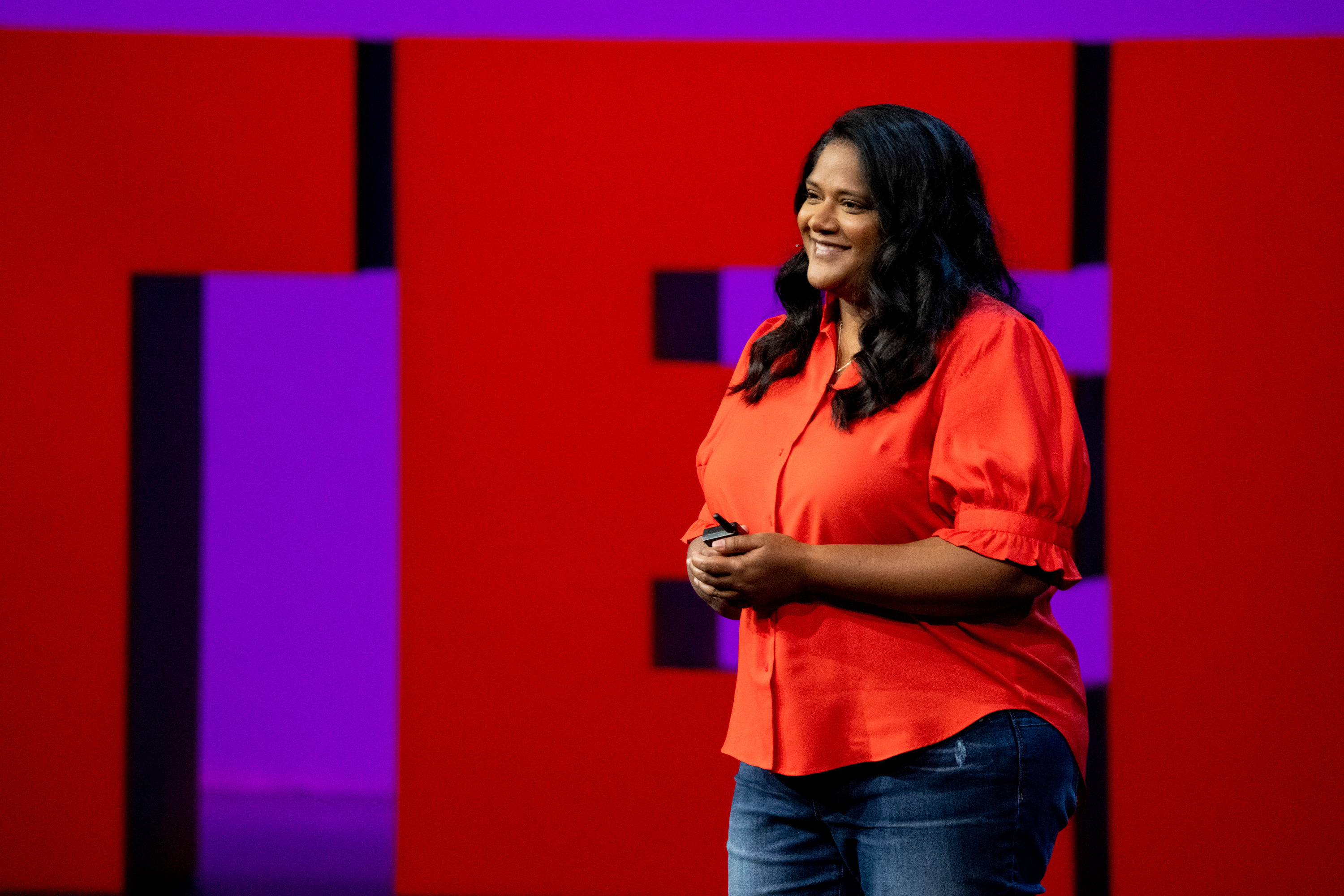 How? There are more than 60 million smallholder farmers in West Africa — a majority of them women — living on less than two dollars a day and stuck in a system that assumes they need grants, subsidies or credit for seeds and fertilizer. The non-profit myAgro recognizes that smallholder farmers actually need two things: a safe place to store and save money in small increments; and access to those funds at the right time. myAgro creates a transparent, low-stress process for farmers to save that also means it doesn’t need to raise massive amounts of working capital by itself. By working with local entrepreneurs, farmers can purchase a myAgro plan, save over the course of nine months and then access their savings with a unique code. In 2021, myAgro farmers grew twice the amount of food than non-myAgro farmers — leading to additional income and a new cycle of investment and growth for families. myAgro already helps over 100,000 farmers; the goal is to reach one million in five years. “Now is the time to use a savings-led approach to ending poverty for farmers,” Ratnayake says. 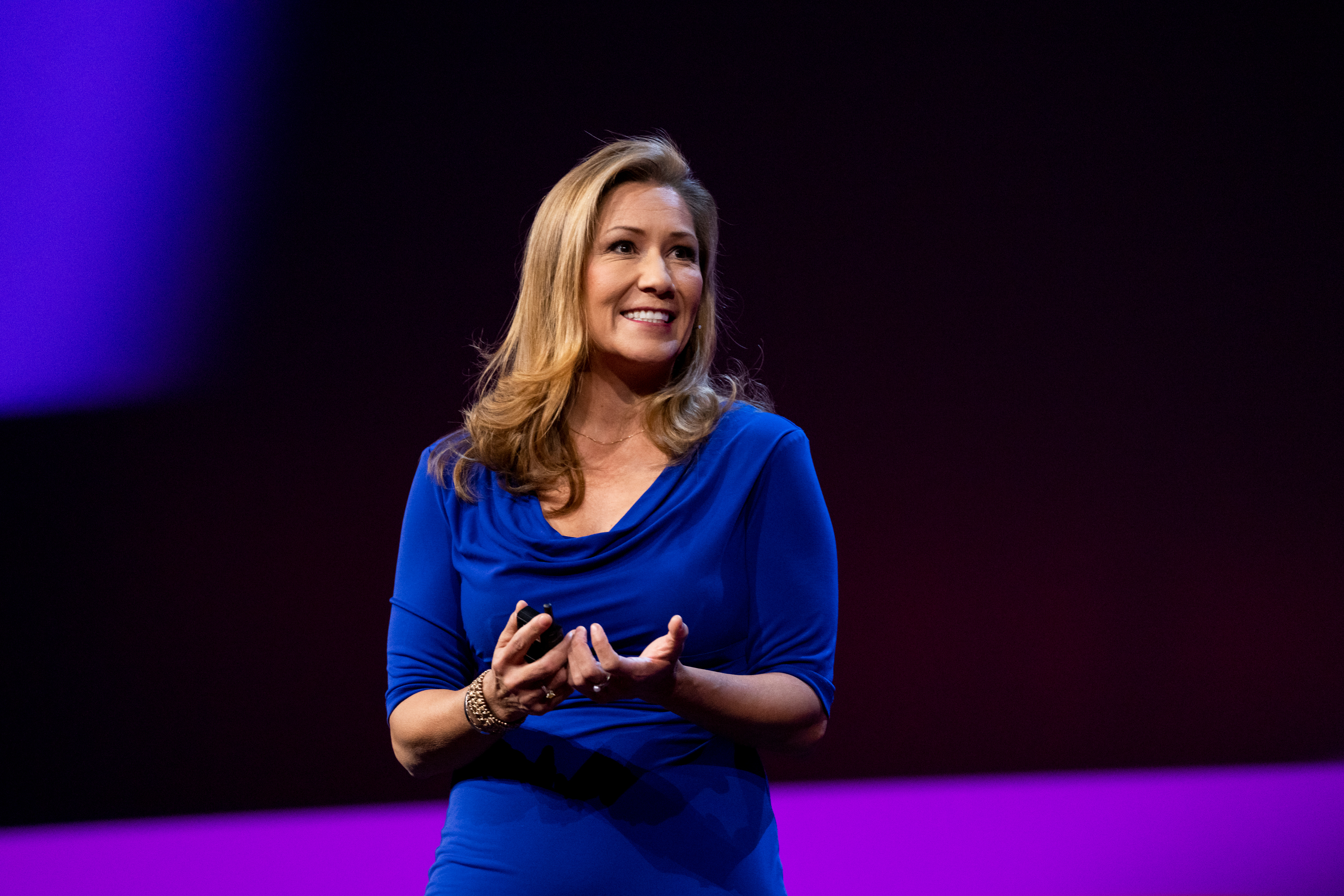 Big idea: By redesigning government benefit applications to be intuitive, accessible and quick to fill out, we can bring billions of dollars of benefits funding to millions of Americans living in poverty.

How? Though 37 million Americans are living in poverty, an estimated $60 billion in social security benefits go unclaimed each year. This is because accessing these vital benefits requires long and tedious visits to overwhelmed Social Security offices or navigating outdated and complicated online applications. Amanda Renteria believes that we can help lift people out of poverty by upgrading and streamlining the benefits portals used by state governments. There are four obstacles to accessing benefits that can be overcome using technology. First, most application portals require a desktop computer, but in today’s world, more and more people primarily access the internet using their phones, so these portals need to be mobile-friendly. Second, the applications themselves are convoluted and lengthy — they need to be redesigned for simplicity and easier understanding. Third, there are 80 different benefits systems in use across the US — we need to combine these systems where possible to help people receive all of the benefits they need without negotiating multiple siloed portals. Finally, we need to equip caseworkers, social workers and other government workers with the data and tools they need to streamline their work. Through the Safety Net Innovation Lab, Renteria has seen this idea work: in Minnesota, she helped launch an all-in-one application for nine different benefits that can be completed in less than 15 minutes, which saw 200,000 applications in less than six months. Over the next seven years, she plans to help at least 15 states upgrade their systems, bringing an estimated $30 billion in benefits to 13 million families. By investing in human-centered technology and government, she says, we can get people the help and resources they need and make poverty a thing of the past. 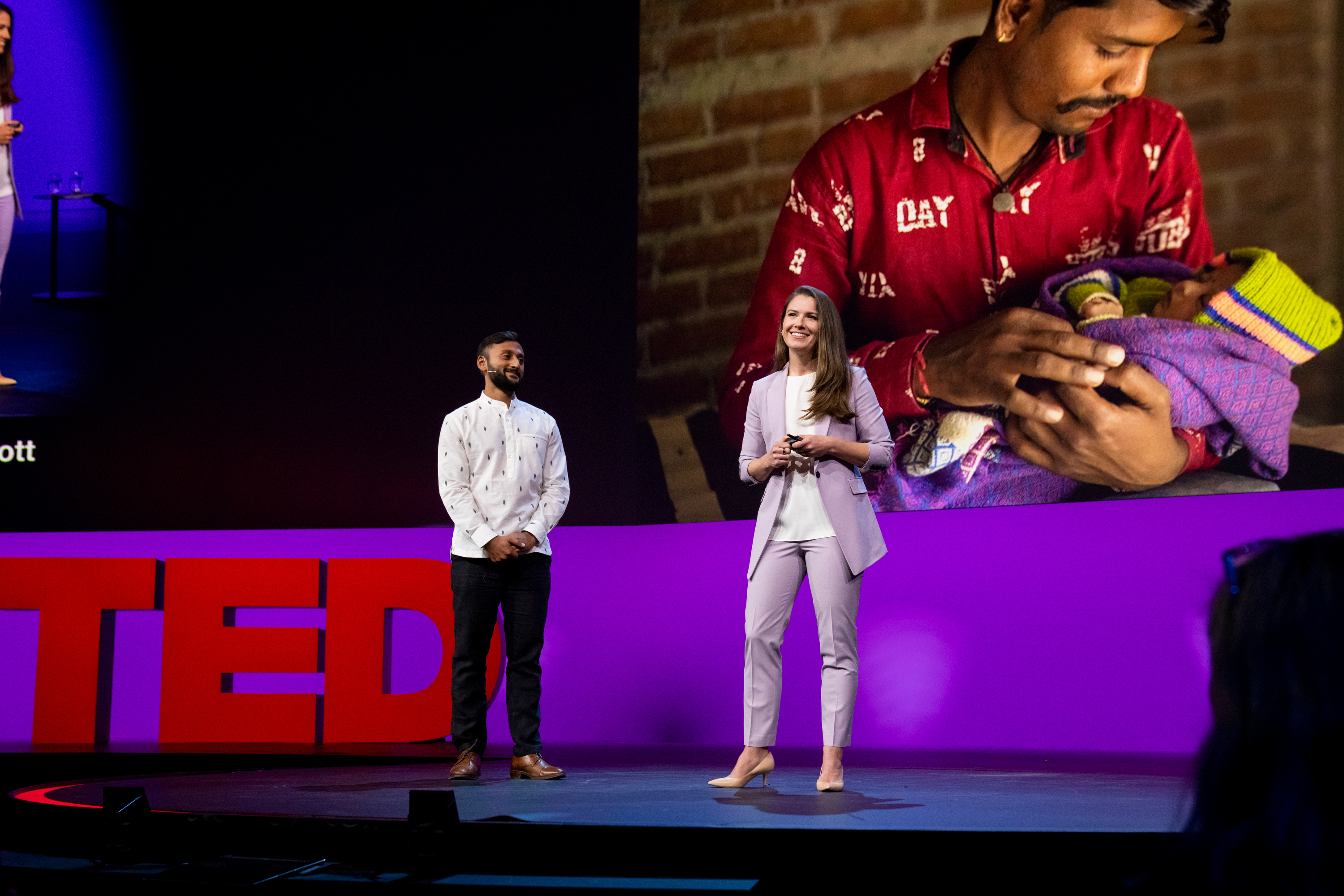 Big idea: Hospitals should teach families the health care skills they need to care for sick or recovering loved ones at home.

How? Whether we’re rushing a child to the ER after a fall or making chicken soup for our feverish spouse, love inspires us to act when a family member gets sick. Edith Elliott and Shahed Alam, the co-founders and co-CEOs of Noora Health, believe we can harness the power of love to create better health outcomes for patients. Noora Health works with doctors and nurses in India and Bangladesh to train the family members of hospital patients to support their sick loved ones with essential skills, like wound care or recognizing warning signs such as jaundice in an infant or slurred speech for cardiac patients. So far, Noora has reached hundreds of hospitals, about 5,000 nurses, and two million family caregivers, and they’ve seen how their approach works across all kinds of care. According to Elliott, early data suggests that Noora’s simple interventions have reduced surgery complications by 71 percent and newborn deaths by 18 percent. Over the next six years, they plan to expand Noora’s reach to support health systems that provide care to over one billion people. 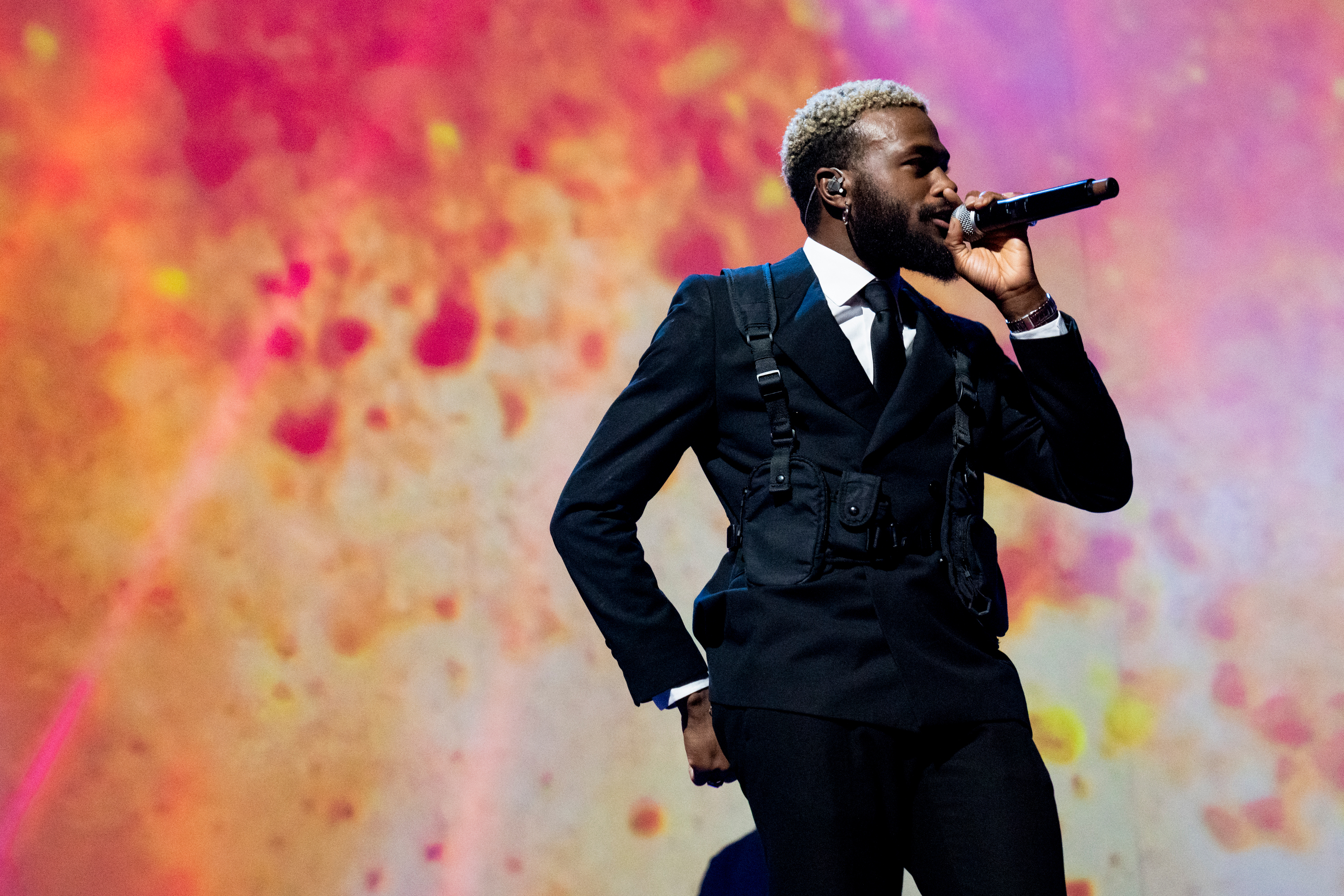