It has been said that Malaysian companies have yet to make firm moves to incorporate their grand ESG plans into actual measures. Implementing actions to improve is crucial.

Ordinarily, this should not come as a surprise. The company has been hitting record profits due to the skyrocketing price of aluminium.

Its share price has shot up three times in the last two years, giving it a market capitalisation of almost RM54bil now.ADVERTISING

An investment banker tells StarBizWeek that the placement by the company was taken up by multiple funds that included local and foreign as well as government-linked investment companies.

In fact, the offering was 50 times oversubscribed.

But the question is, can a company like Press Metal be deemed to be ticking the environmental, social and governance (ESG) boxes, an increasingly important element being inculcated by investment funds around the world, Malaysia included.

Press Metal is an aluminium smelter and derives over 75% of its revenue from this business.

The aluminium industry is said to be highly energy-intensive, has significant environmental impact and releases a large proportion of energy as waste heat, says a consultant. 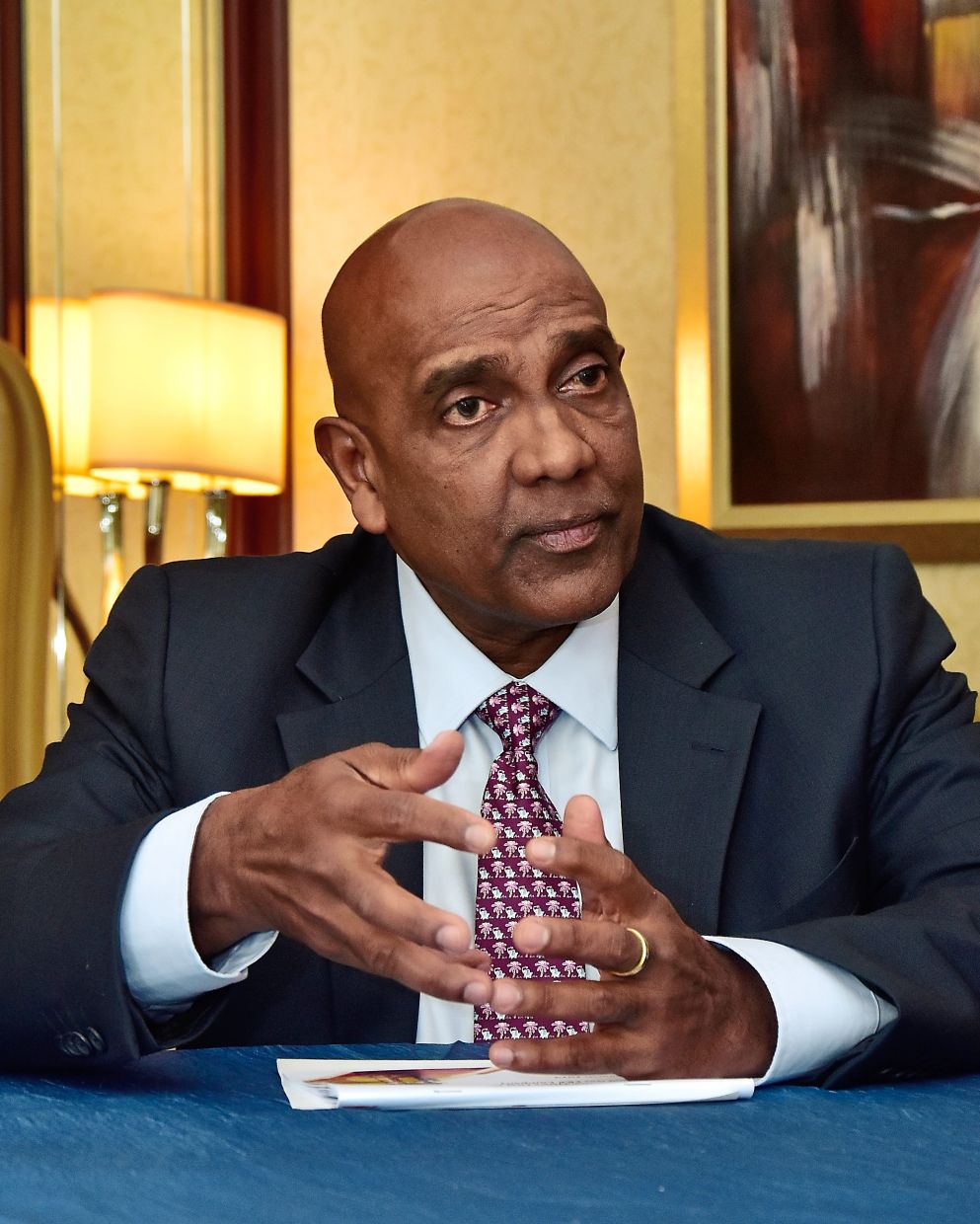 We believe that our high ESG standards will enhance our competitive edge and keep us relevant. – Kenneth Pereira

“In addition, recall that Press Metal is a company that uses subsidised electricity that is generated from the Bakun Dam. Clearly, this is not a favoured company for greenies,” he adds.

In its defence, though, Press Metal lays claim to having an extensive sustainability and carbon-neutral programme in place.

The company aims to be carbon-neutral by 2050.

In an email reply to StarBizWeek, Press Metal stresses that it complies with the relevant air emission regulation in the places it operates, being Malaysia and China.

“ESG is a continuous process and Press Metal’s journey is proceeding,” the company says.

Responding to concerns about pollution caused by aluminium smelting, Press Metal says that waste heat is mostly contained within the smelting pots for the electrolysis process, rather than emitted to the environment.

“The advantages and disadvantages should be viewed in a holistic manner and aluminium has been widely touted as the green metal due to its infinite recyclability properties.

“More than 75% of the aluminium ever produced is still in use today.

“It is also an important metal to support green applications such as electric vehicles and renewable energy, in particular solar energy,” it adds.

Press Metal also says that it has been engaging actively with both foreign and domestic investors on its ESG journey.

“The investors have been kept abreast of our progress and we disclose all pertinent information on ESG via our website and annual report,” it says.

Similarly, one would think that any company involved in extracting hydrocarbons from the ground would immediately fall out of the list of ESG-compliant companies and hence not get any love from investment funds.

That again does not seem to be the case. Take Hibiscus Petroleum Bhd, for example.

This is an oil and gas exploration and production company, with an average net production rate of 9,107 barrels of oil equivalent per day in financial year 2021.

However, Hibiscus is a constituent of the FTSE4Good Bursa Malaysia index, which comprises companies that demonstrate a leading approach to addressing ESG risks.

Hibiscus is ranked among the top 25 public-listed companies of FBM EMAS in terms of ESG ratings by FTSE Russell. Heng: The next industry winners are the ones who are the most responsive and adaptive to the market in achieving sustainability.

Similar to Press Metal, the company aims to be a net-zero emissions producer by 2050.

In 2021, the company published its Climate Change Framework and Energy Transition Strategy.

This roadmap covers Hibiscus’ intention to create a resilient portfolio, decarbonise its operations and invest in clean energy.

In a reply to StarBizWeek, Hibiscus managing director Kenneth Gerard Pereira noted that the company has been regarded as one of seven exemplary major Malaysian corporations having progressive climate ambitions at COP26 in Glasgow.

“We believe that our high ESG standards will enhance our competitive edge and keep us relevant, as our stakeholders and the investing community prefer to conduct ‘responsible investment’ and wish to understand potential sustainability risks to business performance.

“Hibiscus recognises the importance of sustainability and is committed to implementing sustainable practices to achieve the right balance between the objectives of our shareholders, attaining economic success, fulfilling our ethical obligations to other stakeholders and the wider community in which the group has a presence,” he says.

Pereira further points out that Hibiscus constantly engages investors on feedback and recommendations on enhancing its ESG practices.

“Thus far, our interactions with investors have been positive.

“It is noteworthy to highlight that we have a substantial portion of our shares held by institutional investors, both domestic and foreign, with an increasing trend over the last year,” he says.

The experience of Press Metal and Hibiscus shows that investors, especially large funds, do not necessarily avoid a carbon-intensive company or a sector deemed pollutive. 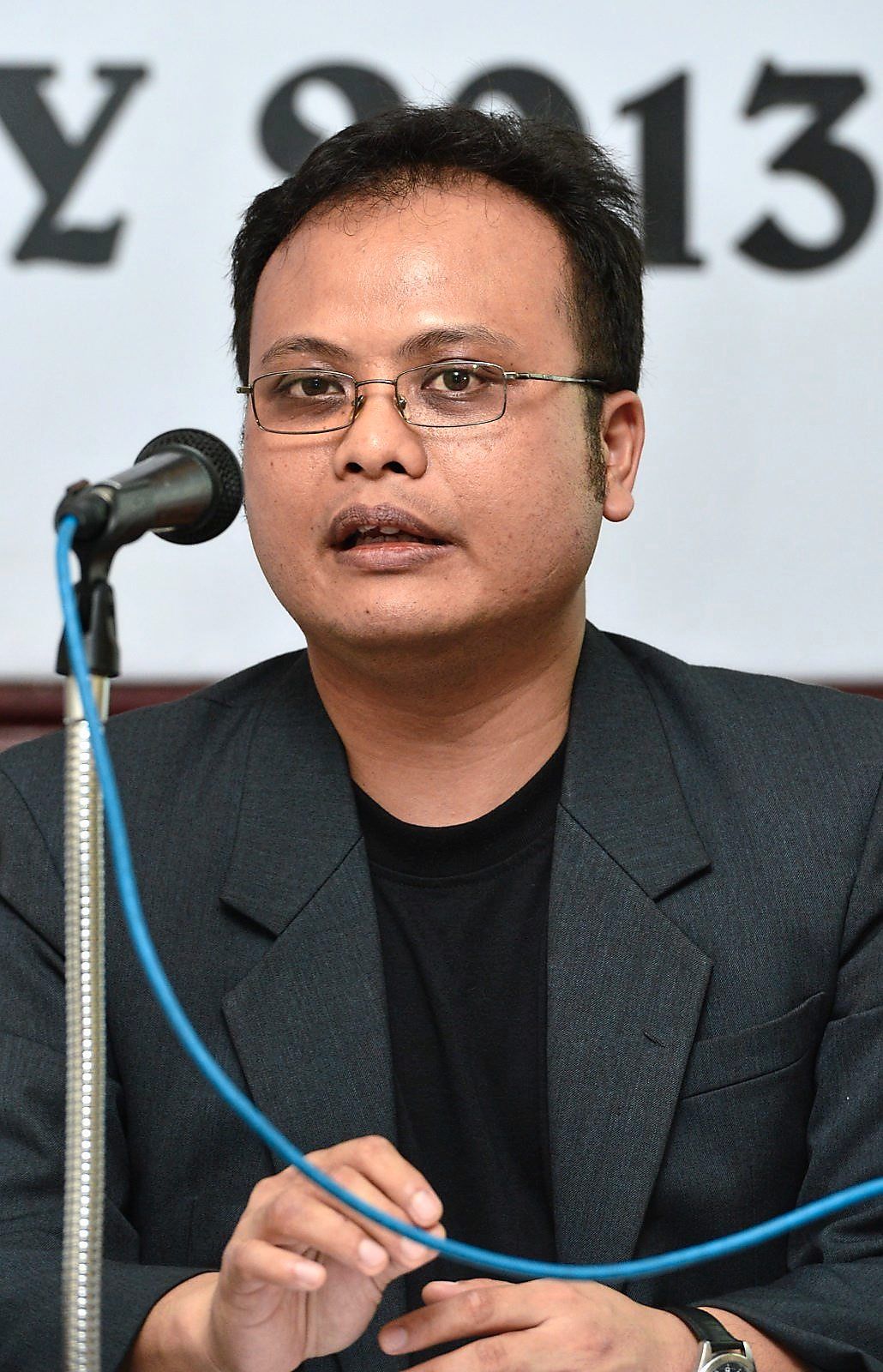 Surin: Malaysian companies have been relatively slow in integrating ESG standards into their businesses.

One can also note that foreign investors have been net buyers of the Malaysian plantation sector in recent weeks, amid the elevated crude palm oil prices and the supply disruption risk.

The stronger interest is seen despite the ESG concerns of the plantation sector, including allegations of forced labour.

This raises the question, can any pollutive or non-environment friendly company be deemed ESG-compliant, as long as they have a good “plan” in place?

An environmental consultant says that companies need to “walk the talk” to be considered ESG-compliant.

“Companies may take some time to put their ESG pledges into action, but investors and the larger community must be able to see the efforts taken to implement the measures.

“Shareholders must continuously monitor whether the management is actually embracing the ESG standards as committed,” according to the consultant.

However, the strong push by the Finance Ministry has been a driving factor in speeding the ESG compliance, according to him.

Proforest works with various companies across the supply chain of major agricultural commodities.

“Many international companies have made public commitments that put ESG at the core of their business.

“It is the industry itself driving ambition and transparency, although the risk of non-compliance is both reputational and financial,” he says.

“Companies should also be governed by the Foundational Principle of the United Nations Guiding Principles on Business and Human Rights, namely, the corporate responsibility to respect human rights that requires business enterprises to avoid causing or contributing to adverse human rights impacts through their own activities, and address such impacts when they occur.

“Companies must also seek to prevent or mitigate adverse human rights impacts that are directly linked to their operations, products or services by their business relationships, even if they have not contributed to those impacts,” he says.

PwC Malaysia, in its recent “Positioning Corporate Malaysia for a sustainable future” report, noted that Malaysia is still in the early stages of its ESG journey.

“Compared to more developed countries, developing economies like Malaysia will take a longer time to reach net zero,” it says.

The report mentioned that out of the top 50 listed companies in Malaysia, about 94% have ESG strategies.

However, only 62% of such companies have ESG embedded in their businesses.

The report highlighted the fact that many companies have a grand “storytelling” about their ESG plans, but have yet to make firm moves to incorporate those plans into actual measures.

Nevertheless, in general, efforts to embrace ESG are gradually taking place in Malaysia as there is growing awareness and a greater demand from investors.

Despite the ongoing efforts, some industry observers opine that certain sectors have been unfairly targeted by proponents of ESG.

For instance, despite the measures taken by the plantation sector to reduce carbon emissions through responsible planting, the sector has continued to be seen with prejudice.

Another example would be the glove manufacturing sector, which has been affected by forced labour allegations.

However, Greenpeace’s Heng believes that players in such sectors should take more responsibility to prove their commitment to sustainability, instead of lamenting about being unfairly targeted.

He also says that investors must require the industries to prove their sustainability commitment.

“Furthermore, consumer driven pressure for an ethical supply chain is a trend now, meaning that the next industry winners are the ones who are the most responsive and adaptive to the market in achieving sustainability.

“For that reason, Greenpeace is pushing for a systemic shift in how these sectors operate,” he says.

This includes, according to Heng, holding plantation companies accountable for their misconduct or neglect leading to forest fires, pushing fossil fuel-based industries to make a shift toward renewable energy, and highlighting the role banks play in funding climate change by investing in the coal industry despite its clean energy rhetoric.

Meanwhile, Proforest’s Surin acknowledges that some industries are targeted due to unsustainable practices such as forced labour and child labour.

“It could also be the case that some industries have been overlooked simply because there is a lack of awareness or campaigning happening.

“The important thing is to look at the direction of travel – whether an industry is taking action to improve and progress on key social and environmental issues,” he says.

With the increasing push for ESG compliance in Malaysia, there are also complaints that companies in certain sectors are finding it difficult to secure financing due to ESG concerns.

It appears that banks are less flexible to carbon-intensive sectors or those deemed pollutive when it comes to providing financing.

Surin concurs that the larger financial institutions are now insisting on conducting due diligence before they provide loans to plantation companies, including checks on safeguards against deforestation or human rights abuses.

He also says that Proforest is increasingly being approached by Malaysian companies that they have not worked with before, potentially acting on pressure from the financial institutions and recognising the need to understand where they are and implement actions to improve.

“Smaller companies and individual investors may be slower to put ESG considerations at the forefront, but I believe this will also change.

“The financial sector generally looks at risk and we don’t want them to see risk and choose divestment instead of engagement, as that won’t help raise standards across sectors as a whole,” he says.

“The financial institutions are powerful agents of change and it is clear by now that such change needs to be carried out in an orderly manner so it reduces the negative impact on the lives of civil society,” he says.

And while Pereira agrees on the intention of the ESG agenda, he highlights that the drive to a lower carbon future through strict ESG compliance has caused a significant drop of fossil fuel investment over the years.

Quoting Rystad Energy, he says that the peak exploration and production investments in the oil and gas sector was recorded at US$886bil (RM3.8 trillion) in 2014.

While the drop is partly due to the Covid-19 pandemic, he says it was also caused by the “tightening of the E criteria” in the ESG standards.

“Fast forward to 2022, we are today faced with a severe energy crunch which has resulted in increasing energy prices and subsequently, commodity prices and rising inflation.

“While renewable energy growth has been on the rise for the past decade, we can conclude that the energy gap today is a result of the rapid under investments in the fossil fuel industry which is not met by the growth of renewable energy,” he says.

Moving forward, Pereira hopes that the fossil fuel sectors would not be demonised.

“Instead, we should incentivise decarbonising these sectors so we can achieve a balance between energy security, energy affordability and environment sustainability,” according to him.